Home › Blog › What Everyone In Opelika Ought To Know About Scorpions

What Everyone In Opelika Ought To Know About Scorpions

What’s not to love about summer in Opelika? You may even find yourself wearing open-toed shoes or sandals due to the beautiful weather! However, scorpions in the area may make you want to reconsider that decision. 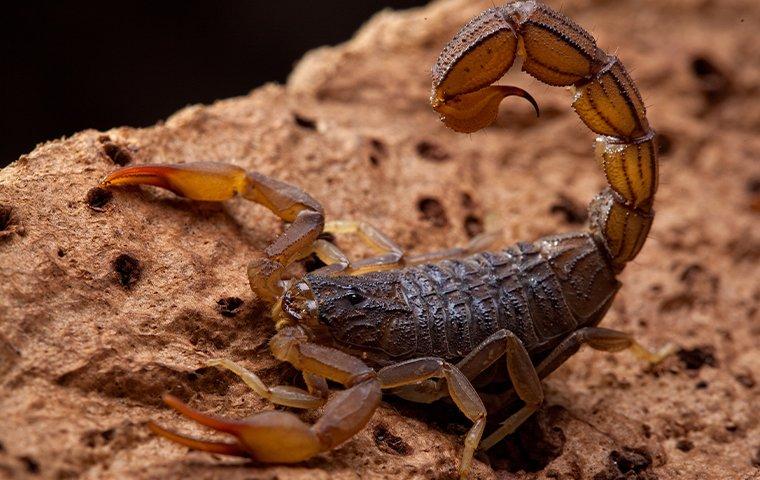 If you’ve lived in Opelika long enough, you’ve probably seen a scorpion or two, on or around your property. Make no mistake, certain scorpions can be dangerous to have near your home or business. Let’s talk about how to identify and prevent these pests from getting too close – and their venom from getting under your skin.

There are dozens of scorpion species in Alabama, but most of them share similar characteristics. They have eight legs, and two long arms that extend past their head. Their bodies are elongated and curve into a sectioned tail that ends with a venomous stinger.

Scorpions are predators, feeding on other insects, and controlling pest populations. Therefore, they are beneficial, but when these scary pests invade your property they pose an issue. There are three scorpion species to worry about in Opelika. Each type can be identified by the following:

Scorpions sting when they feel threatened, so if you get too close to one without realizing it, it may just lay its stinger into you. Most scorpion stings aren’t life-threatening, but you should seek medical attention if you have been stung. Bark scorpion venom can be lethal, especially in animals and children, causing erratic muscle movements and heart complications.

In general, it’s wise to avoid scorpions as much as possible, and always seek treatment for a sting. It’s even wiser to prevent an infestation altogether.

Since scorpions are everywhere in Opelika, how can you keep them away from your property?

For starters, keep your lawn clean and tidy. Scorpions like to hide under rocks, foliage, and anything else that will keep them cool and near food. By removing stones, woodpiles, and foliage around the yard, scorpions are less likely to camp out on your property.

Additionally, you can make sure scorpions don’t get in by sealing any potential entry points. Cracks in your home’s foundation will invite scorpions inside, so sealing these cracks, caulking your windows, and maintaining your home’s masonry will help prevent a scorpion problem.

Finally, scorpions may be nearby because you have another pest problem, providing them ample food supply. It’s always good to make sure your house doesn’t have a different pest infestation, as a pest problem is a surefire way to attract scorpions to your home.

Still, Opelika homeowners can’t always keep scorpions away. If scorpions get into your home or business, reach out to the pest professionals at Prewett Pest Control today, and we’ll take care of your scorpion infestation before they get their stingers near you and your family.

Very excited for this company to be here in Auburn! The new "go-to" for pest control.